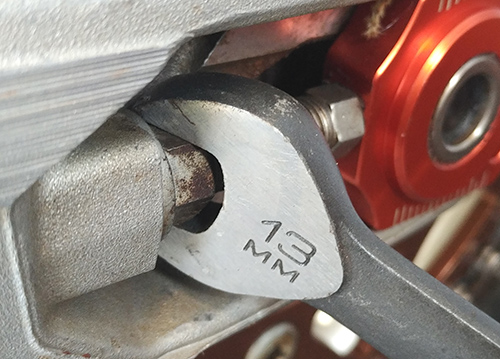 Follow up with Tool kit discussion #1, this is a very short topic about tweaking the bolt set of your dirtbike.

For a medium or long range dirtbike/enduro trip, you need to bring with enough tools but your tool kit should be as compact, as light as possible. Beside choosing lightweight type of tool material, you can minimize number of tools – One piece of tool (especially wrench or socket) can fit with as many bolts/nuts as possible.

You can look for some odd bolt sizes on your bike (very minimum number of them) and replace them with normal/ordinary size. Applicable for those have high chance of disassembly along the ride.

Let’s say the bolt/nut sizes 8-10-12 mm are quite normal on a bike, definitely you bring with socket/wrench 8-10-12mm. The 11mm or 13mm bolt/nut is very few on the bike I would say. Look for them, try to replace them by normal size bolt/nut as your convenience.

For example, on a KTM500EXC,  there is only 13mm bolt which is engine drain bolt can fit with a 13mm socket, and two pieces of 13mm nuts for chain adjuster which can only fit with 13mm wrench!

We have many options to do tweaking for those 13mm stuff.

By doing that, you can save some gram from your tool kit ( 🙂 ), and save some rooms in your tool pocket…

This even good for short trips, when you don’t bring with your tool kit but it easier for you to borrow normal size tools from others. 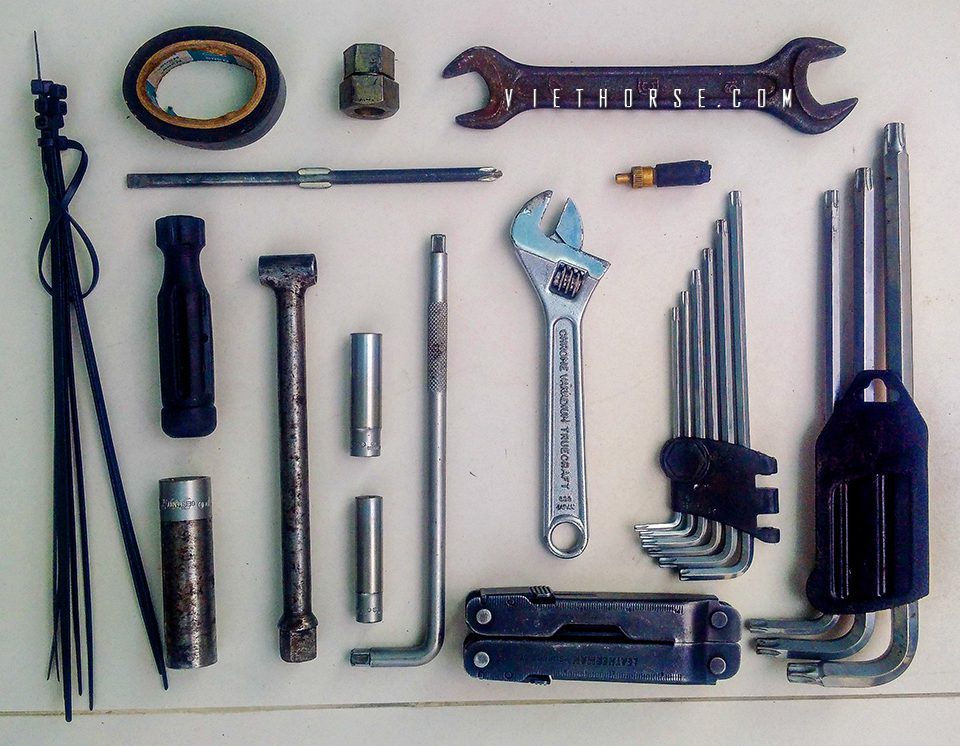